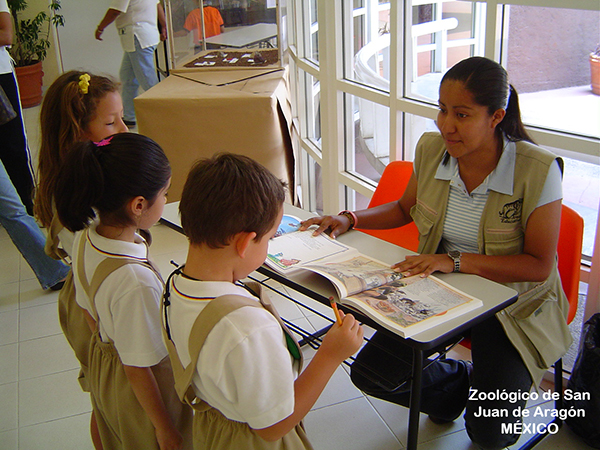 WAZA’s Biodiversity is Us Campaign

Zoos and aquariums have decided to take the lead in getting people to act to preserve biodiversity, which is shrinking at an alarming rate. WAZA’s “Biodiversity is Us” project is timed to support the United Nations Decade on Biodiversity 2011–2020, by providing tools for raising awareness about biodiversity.

Join IZE in protecting wildlife and wild places from climate change. We can each take action to decrease our carbon footprint and make a positive change for biodiversity and ecosystems.

In order to “walk the talk,” zoos should lead the green practice movement. At the 2008 IZE Conference, green practices from zoos around the world were gathered. Hopefully these ideas will provide inspiration for your zoo.

Amphibian Crisis: The greatest species conservation challenge in the history of humanity!

The UN Decade of Education for Sustainable Development (2005-2014)