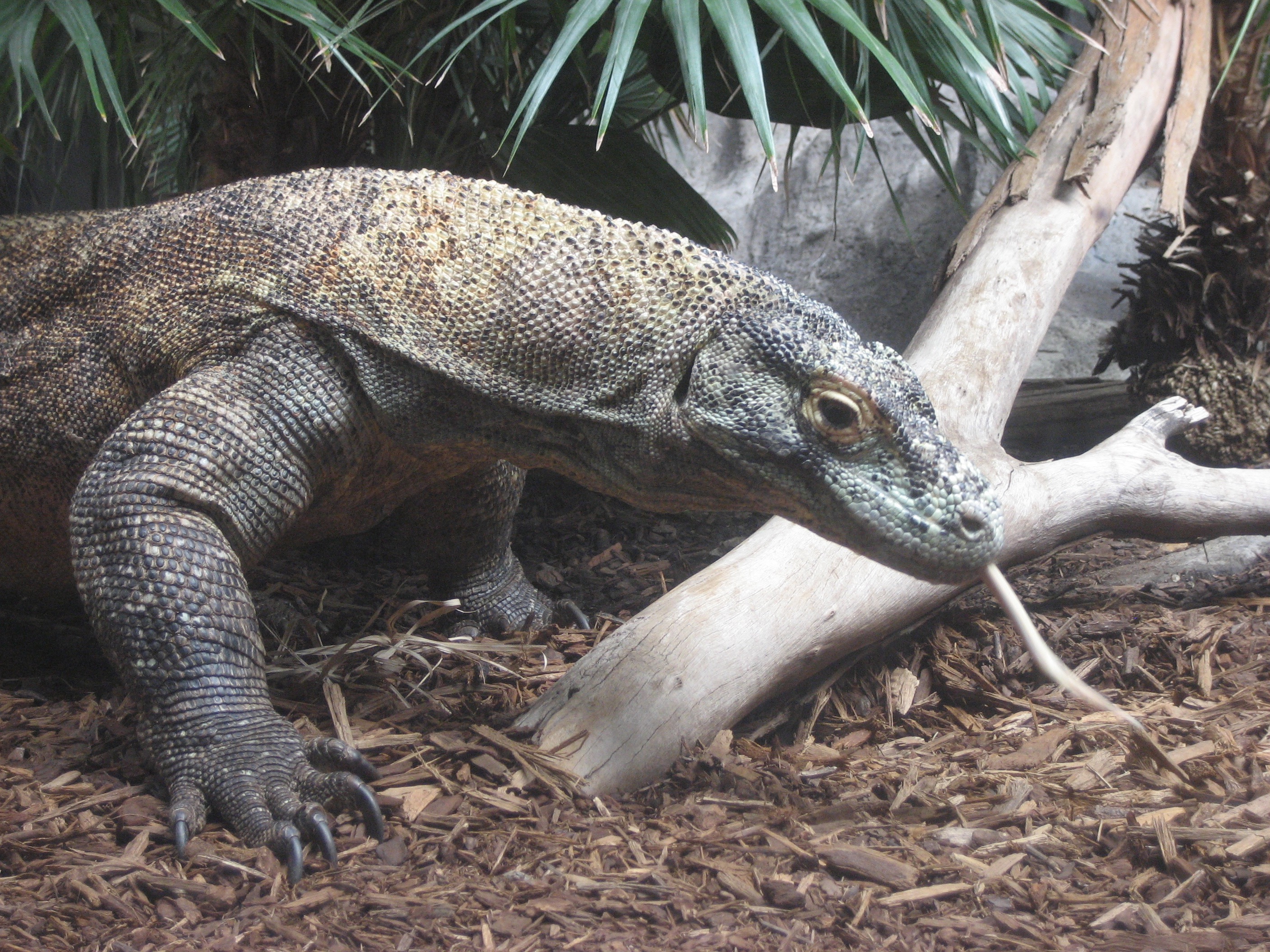 Komodo could be a little like Jurassic Park,’ muses Rili Djohani, director of the Nature Conservancy’s Bali office in Indonesia, which works closely with Komodo National Park. She knows that live dinosaurs are hard to come by these days, but dragons are another matter. Nevertheless, Komodo Island and its dragons bear little resemblance to Jurassic Park Island and its dinosaurs but that’s okay, since Rili is referring to the visitor experience.

Even in Jurassic Park, part of the visitor experience – aside from being eaten – does not require actually seeing dinosaurs, only anticipating them. And that is something Komodo National Park could share with its distant Hollywood cousin. People travel from all over the world to see Komodo dragons, nature’s largest lizards, measuring up to 10 feet long and weighing more than 300 lbs. And their attitude resembles the small Velociraptor mare than a multi-ton wallowing herbivores. Komodo dragons eat meat, and their bacteria-infested, saliva-slimy bite can take down an adult buffalo, killing it with a blood-poisoning infection within days.

Komodo, however, hasn’t yet considered the visitor experience in its management, and neither do many parks around the world that boast magnificent attractions. I think of Mayan temples, lava-slobbering volcanoes, thick Amazonian jungle, and, of course, dragons. Freeman Tilden wrote that some attractions might not need interpretation because their beauty is so self-evident

. Yet if a park wants to develop and sell a particular visitor experience, it better start interpreting for it.

Currently, the Jurassic-Komodo experience is lack-luster at best. Within minutes of arriving on the island, you can gulp your soda with a dragon in the background plunging its head into kitchen scraps behind the cafeteria. The first sighting comes all too soon and with even less fanfare than cheering on a skilled raccoon in a trash can.

Author Douglas Adams, best known for writing Hitchhiker’s Guide to the Galaxy, also wrote Last Chance to See, in which he recounted his adventure to Komodo in 1989.

We moored at a long, rickety, wooden jetty that stuck out from the middle of a wide pale beach. At the landward end, the jetty was surmounted by an archway, nailed to the top of which was wooden board which welcomed us to Komodo, and therefore served slightly to diminish our sense of intrepidnessÔÇª

The next blow to our sense of intrepidness was rather neatly laid-out path. This led from the end of the jetty parallel to the shore toward the next and major blow to our sense of intrepidness, which was a visitors’ villageÔÇªThis was a group of fairly ramshackle wooden buildings: an administration center from which the island center is run, a cafeteria terrace, and a small museum.

Adams describes the cafeteria, then asks one American tourist, “Have you been here long?” “Oh, hours,” she says. “Done the dragons. Bored with them. The food’s terrible.”

The day was to consist almost entirely of things we had not been expecting, starting with the arrival of a group of about two dozen American tourists on a specially chartered boat. They were mostly of early retirement age, festooned with cameras, polyester leisure suits, gold-rimmed glasses and Mid-western accentsÔÇª. We were severely put out by their arrival and felt that the last vestige of any sense of intrepidness we were still trying to hold on to was finally slipping away.

But Komodo, like so many other world-class attractions, has enormous potential to mold a unique visitor experience. With proper planning, the park could eliminate the “been-there-done-that” syndrome suffered by many tourists. To capture a little of Jurassic Park without turning Komodo into an amusement park, the park should consider the following:

Remember that the dragon is just the centerpiece of a broader visitor experience. “It wouldn’t have come from Bali only to see the dragons,” admits Italian tourist Nella Lascialfari, “I want to see real dragons in their own environment.”

Jon Kohl is a conservationist and a freelance writer. To contact him or read more interpretation-related articles, visit www.jonkohl.com.