With a growing membership of over 600 members from over 200 facilities in 51 countries, the International Zoo Educators Association (IZE) has come a long way since its inception in 1972. What started as a small group of European educators has now, in just under fifty years, united educators with a passion for conservation education worldwide. Read on for an in-depth look at the history of IZE and its accomplishments.

The International Zoo Educators Association was founded in 1972 by a group of European zoo educators, including those from the Frankfurt Zoo in Germany, Artis Royal Zoo in the Netherlands, Paignton Zoo in the United Kingdom, and Copenhagen Zoo in Denmark.

The idea behind IZE was to create a forum where professional zoo educators could meet in person every second year to share ideas and discuss topics of common interest. Rosl Kirchshofer, Head of Education at the Frankfurt Zoo, was appointed as the first president of the association.

The second international meeting took place in 1974 at the Copenhagen Zoo, and from this meeting, proceedings were produced for the first time. From the beginning, it was decided that the IZE should have a newsletter to facilitate communication among members. The first newsletter was produced after the third international meeting, held in 1976 at the ZSL London Zoo. Beside the proceedings from the London meeting, the newsletter contained the IZE’s first statutes. The objectives of IZE were to promote the greater use of zoological gardens, aquaria and other collections of living animals  for educational purposes. The association shall encourage and facilitate the contact and co-operation between persons concerned with, and interested in, the education work in zoos and related institutions. The association shall promote conferences on zoo education and shall issue a publication as a way of disseminating education practices and information worldwide.

The fourth international conference was hosted by the National Zoological Park in Washington D.C. in 1978, the first time an IZE international meeting was held outside Europe. The association had expanded to truly become an international organization.

Through the 1980s the association grew, and in 1986 the name of the IZE’s communication vehicle, the Newsletter, was changed to the Journal of the International Association of Zoo Educators to better reflect its professional content.

In 1986, the Melbourne Zoo in Australia offered to host the eighth biennial conference. It was then decided that the international meetings of the IZE should be held in turn in IZE’s three geographical regions: the Americas, Australia/Asia/Europe and the Middle East/Africa. In this way, members from all over the world could participate in an international meeting at least every sixth year without traveling halfway around the globe.

During the IZE Conference at the Taipei Zoo in 1998, the regions were redefined. Replacing the three original regional zones, IZE was reorganized into six zones: North America/Canada, Latin America, Australia/New Zealand, Asia, Europe/Middle East, and Africa. In 2000, the World Association of Zoos and Aquariums (WAZA) delegated the responsibility to IZE to realize the education goals formulated in the World Zoo and Aquarium Conservation Strategy. The IZE continues to inform WAZA annually of their activities.

In 2004, IZE proposed to WAZA the idea of forming an IZE Central Office. The WAZA board responded positively and decided, during the WAZA Conference 2004 in Taipei, to offer room, equipment, and a one-day- a-week staff member in their headquarters in Gland. This gave IZE the opportunity to build a more stable base of operations and allowed the membership of IZE to be managed more efficiently.

In 2010, the Association separated from the WAZA office to better serve the IZE members. The IZE now has a part-time, paid Administrator who works for the IZE President, in support of all matters of the Association, including managing membership, tracking financial statements, and documenting Board communications. The Association now manages its own membership database and membership dues.

Association membership is open to any person or organization interested in or involved in the field of zoo, aquarium, nature/wildlife centre, or nature reserve education and interpretation, and who wishes to promote the aims and objectives of the Association. There are three categories of membership:

The IZE Board is made up of elected officers from all regions. Each Board member voluntarily contributes her/his time and expertise because of their commitment to conservation education. Board positions include: President, Immediate Past President, President Elect, Secretary/Treasurer, Website Editor, Journal Editor, Membership Coordinator, Social Media Editor, and six Regional Representatives. A comprehensive constitution guides the activities of the Association, which is registered as a non-profit organisation in the United States.

Professional development has remained a key strategic focus for the IZE and multiple opportunities are offered to members including: 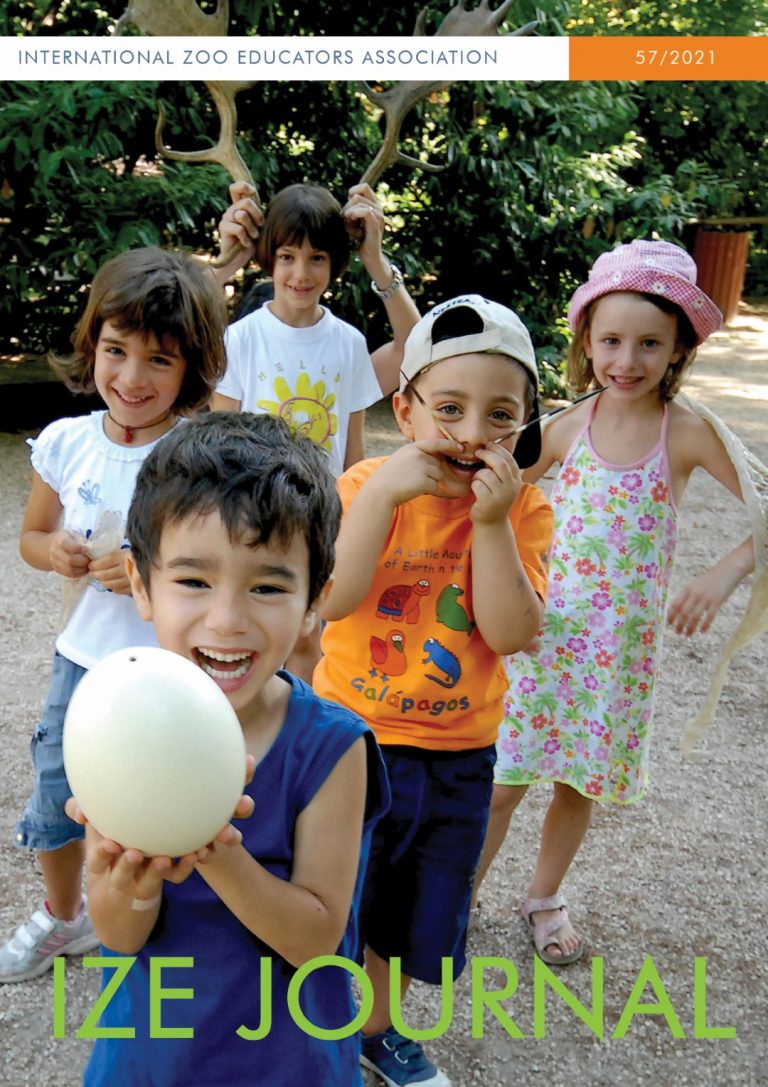 The biennial conference remains a highlight of the IZE calendar and each one provides delegates with an unforgettable experience with colleagues from around the world sharing experiences and forging lifelong friendships. In between conferences, communication between members is facilitated through a website International Zoo Educators Association | International Zoo Educators Association (izea.net)  and social media including:

An important milestone in 2020 was the launch of the World Zoo and Aquarium Conservation Education Strategy, in partnership with the World Association of Zoos and Aquariums (WAZA). This strategy highlights the critical role of conservation education in the work of zoos and aquariums, and clearly demonstrates the interdependence of all four pillars of operation: Conservation, Welfare, Sustainability, and Conservation Education. To date, the Strategy is available in three languages and is being used around the world. 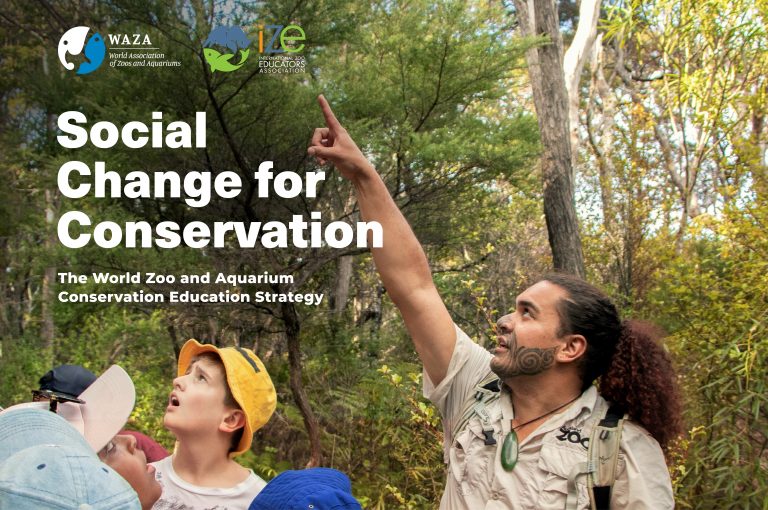 Over the years the IZE has grown and matured, however, we have remined true to the vision of the founders and dedicated to our mission: To expand the educational impact of zoos and aquariums worldwide by improving the education programs in the facilities of our members, providing access to the latest thinking, techniques, and information in conservation education and supporting excellence in animal care and welfare.